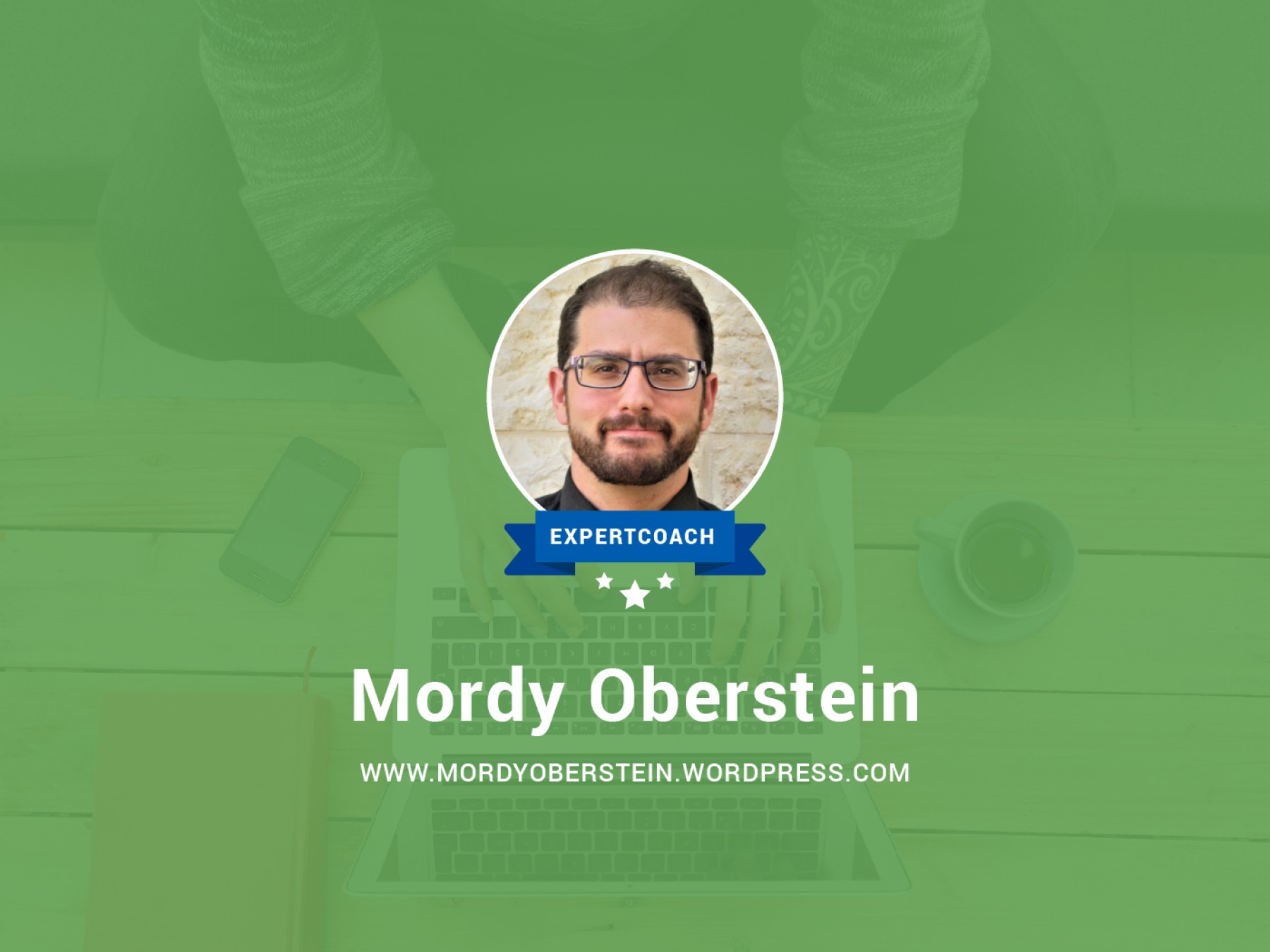 In this edition, we talk to Mordy Oberstein who gives his thoughts on the current digital marketing climate!

Please introduce yourself, your company and what you do!

I'm the marketing manager over at Rank Ranger. Which basically means I do a lot of marketing strategy and keep tabs on our overall marketing efforts (social media that sort of thing). That said, my largest focus is on doing research and analysis on the search marketing industry. By that, I mean putting out content on a regular basis.

So, whether it be my thoughts on where Google is heading or putting together a study on Featured Snippets, I'm always releasing new content on the state of the SEO industry. At the same time, I also host a podcast, The In Search SEO Podcast. It's a weekly podcast where we talk to a different thought leader from within the SEO industry each week

. I try to keep it light and fun, so if you're looking for something that's a bit less "monotone" definitely check it out. In between, I try to speak at one or two conferences a year. I'm actually thinking of doing some more, we'll see as it's hard to travel the world with four kids under the age of eight at home!

In terms of Rank Ranger, we're an all-in-one SEO platform where you can do everything from rank tracking to competitive site analysis. We try to put a focus on putting out reports and tools that aim to deal with developing problems SEOs may have, which is why we're constantly updating the platform.

For example, we noticed that more and more sites ranking towards the top of the SERP (think positions 3, 2, or even 1) were not showing above the fold (which is crazy)... so we created a report where you can see which of your rankings actually puts you within a user's initial eyeshot. You know, things like tracking your rankings by volatility, not just position, that sort of thing to make your SEO monitoring a bit more actionable.

What tools do you believe should be in every digital marketer's toolbelt?

Well, obviously I'm biased, I think Rank Ranger should most definitely be in your SEO toolbelt. That said, it really all depends. For example, if you're like me and are putting out a ton of content then I highly recommend SnagIt for taking screen captures. Similarly, I'm a big fan of running my content through a TTS reader (you catch a lot more mistakes that way).

I personally use www.ttsreader.com. Also, definitely use a capitalization tool to make sure you're consistent with one style (at least if you're anything like me). Lastly, there's the Hemingway App which should help you write with better precision. Though, I will say I think it goes too far sometimes with its rigidness... so take things with a grain of salt and make sure you retain your personal style.

Which algorithm update do you feel had the biggest effect on how Google ranked sites?

There's definitely too much attention given to individual updates. In particular, the broad core algorithm updates that Google started to confirm in March 2018. The most recent confirmed update, the March 2019 Core Update, is really the perfect example.

The update, though an official update, was nothing special from a certain perspective. There are a plethora of unconfirmed updates that were far more impactful, yet went relatively under the radar.

Why does Google confirming an update equate it to being more significant than other updates? With the March 2019 Core Update, there was an unconfirmed update that rolled-out just days before it. That update, from what I can tell, was actually a bit more powerful, but because Google didn't confirm it, we didn't really discuss it nor analyze it.

I think it's more important to look at algorithmic trends. Is Google more active, is it less active? Are we seeing smaller yet consistent updates? That sort of thing. At the same time, in my personal opinion, any analysis we get, including my own, is just one small piece of the pie.

It's hard to conclusively look at one update and define exactly what it did... those are pretty rare occurrences. By the way, you don't need to look for an update to see changes. In fact, I get more insights into what Google's doing analyzing how it's able to integrate content into some of its SERP features.

You can clearly see that Google's topic layer and overall entity understanding is improving by keeping an eye on the nuanced changes within the content shown in the Knowledge Panel, etc.

What is the most common mistake you see companies make when it comes to SEO/SEA?

I don't work with clients directly, we're a platform, not an agency, so my perspective here is a bit limited. Solely based on what I've seen as a consequence of my research into various SEO topics, I would say it's ignoring the intent gaps for certain keywords.

That is, with Google targeting multiple intents for any given keyword you could say there is the essential intent Google is targeting, as well as some periphery intents. If you're doing a search related to buying insurance, for example, the main intent is to buy something. And your major insurance carriers are going to rank. Now, if I was a smaller insurance carrier, I might focus on creating educational content.

That's because on the same SERP are a few results about how to pick the best insurance policy and so forth. For these sub-intents, or periphery intents, whatever you want to call them, there is often less competition. Keeping to our example here, a smaller insurance carrier may do well to target the intent gap by creating content that helps users decide what sort of insurance policy to buy. Obviously, this tactic applies to greater and lesser extents depending on the industry and keyword in question.

Finally, what was the last thing you Googled?

The last thing I searched for? For pleasure... Sandy Koufax pitching mechanics (currently reading his biography)... On the job? Frozen meals... Because I love a good TV dinner and was fascinated to see the Knowledge Panel that shows up on mobile for the keyword!